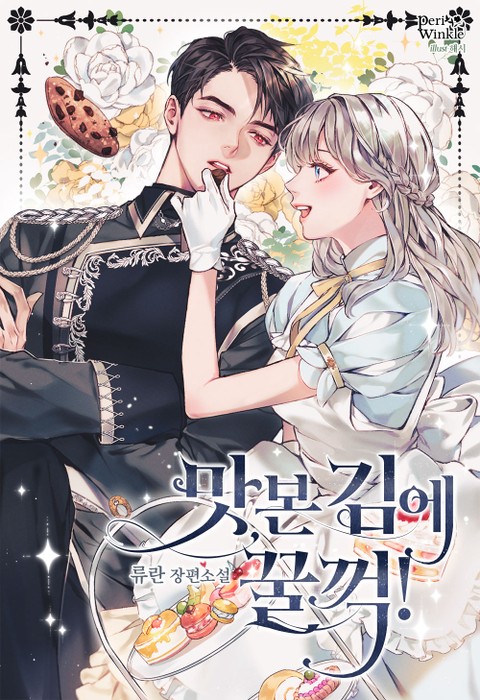 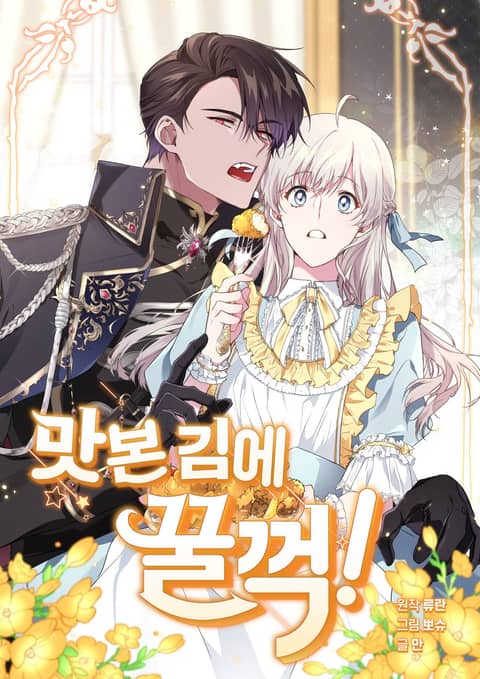 “Are you eating in this situation?” “Of course! I’ll have to keep savoring the taste until I die. Do you want one?” She was reincarnated in a novel as Luana, the abandoned princess. And her death was already decided. She just wanted to let people know about her cooking talent, but she was misunderstood as a witch because of her cheese jerky! The General of the conquering army, Duke Legion, who had lost his sense of taste, took her to the Empire for her extraordinary jerkies and to break the curse that had come down from generation to generation. “It is delicious, isn’t it?” “Prepare the same for the dinner.” She was happy to be able to cook and eat as much as delicious food as she wanted… But now, she also wanted to look after Legion. ‘Eat three meals a day, and make sure to make dessert. I’m sure he will be able to gain some weight…!’ – The Duke took the jerky from the princess. On the surface, it was no different from any beef jerky. But when he took a bite of it, it felt like a new world had opened up. The jerky, made by the princess, felt more tender than the others as he gently crushed it with his teeth. The taste of condensed meat smudged his tongue as he chewed on. It was just as she said. He could feel the savory taste of the spicy meat, and at the end of the day, he wanted to have more. The desire that he had, faded for a while. “I didn’t really want anything, but now I think I do.”

The Troubles of Raising a Crown Prince

The Evil Girl Karuna Has Shrunk

How To Stop The Tyrant’s Blackening