Summary: Doctor Resignation / 주치의는 할일다하고 사표 씁니다 / The Family Doctor Is Gonna Resign Since She Is Already Done With Everything 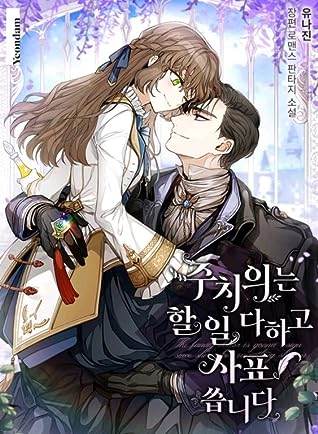 When the heir of the Duchy, who was in poor condition, suddenly dies, the Duchy falls into the hands of the rebels. The rebellion was briefly suppressed by the imperial family, but……
The problem is that I, Lise Estelle, will be hanged for the charge of rebellion.
‘This is not fair!’
I am the most skilled doctor in the territory.
If this is the case, I will become the Duke’s doctor so that no rebellion can occur, and I will make the little Duke healthy!
“No one cares for you as much as I do. So, you have to listen to me.”
“Run! Run! You need to build up your immunity!”
“Eat this grass. Stop talking and just eat.”
Uh…… But why are you so tall? Were you in good physical shape in the first place? Well, anyway, I’m glad that you’ve been raised well, so I can resign……
“Resign?”
His eyes narrowed and gave off a cold atmosphere.
“Lise, you said you were the only one who cared for me.”
Before I knew it, he was in front of me, and he whispered softly in my ear as if seducing.
“Let you go? I’m not a fool, Lise.”
Unlike in my past life, he has now grown healthy and even his personality has changed.

I Have No Health