Father, I Don’t Want to Get Married!

Father, I Don’t Want to Get Married!

I’m Jubelian? The daughter of the duke and the villainess of this novel?
I managed to avoid my death with some previous knowledge about my life, as this was my second time at it. Now, I should be able to live a peaceful life!
“I’m not going to marry a man unless he has everything. I want the most wealthy, famous, and competent man there is.”
I dreamt of a glamorous life as the daughter of the duke, but my father tells me the Crown Prince who is known to be a lunatic is to be my husband! As an extraordinary measure, I couldn’t help but start a contract relationship. That is, with a handsome side character that looks better than the main one.
“Why are you trying to avoid being engaged to the prince?”
“He’s scary. I heard that he even kills his own entourage if he doesn’t like them.”
A few days later, the prince sent a terrible letter to me.
“I will not kill you.”
Oh no, did I set up another death trap for myself? 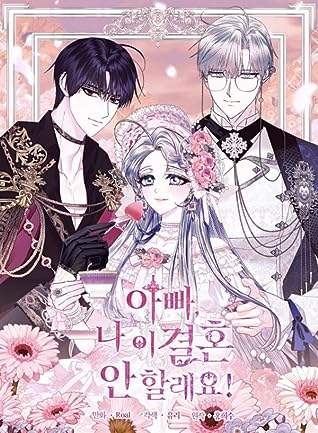 I’m A Villainess, But I Picked Up the Male Lead

How to Survive Sleeping With the Emperor