My Childhood Friend Became an Obsessive Husband Average 4.5 / 5 out of 13 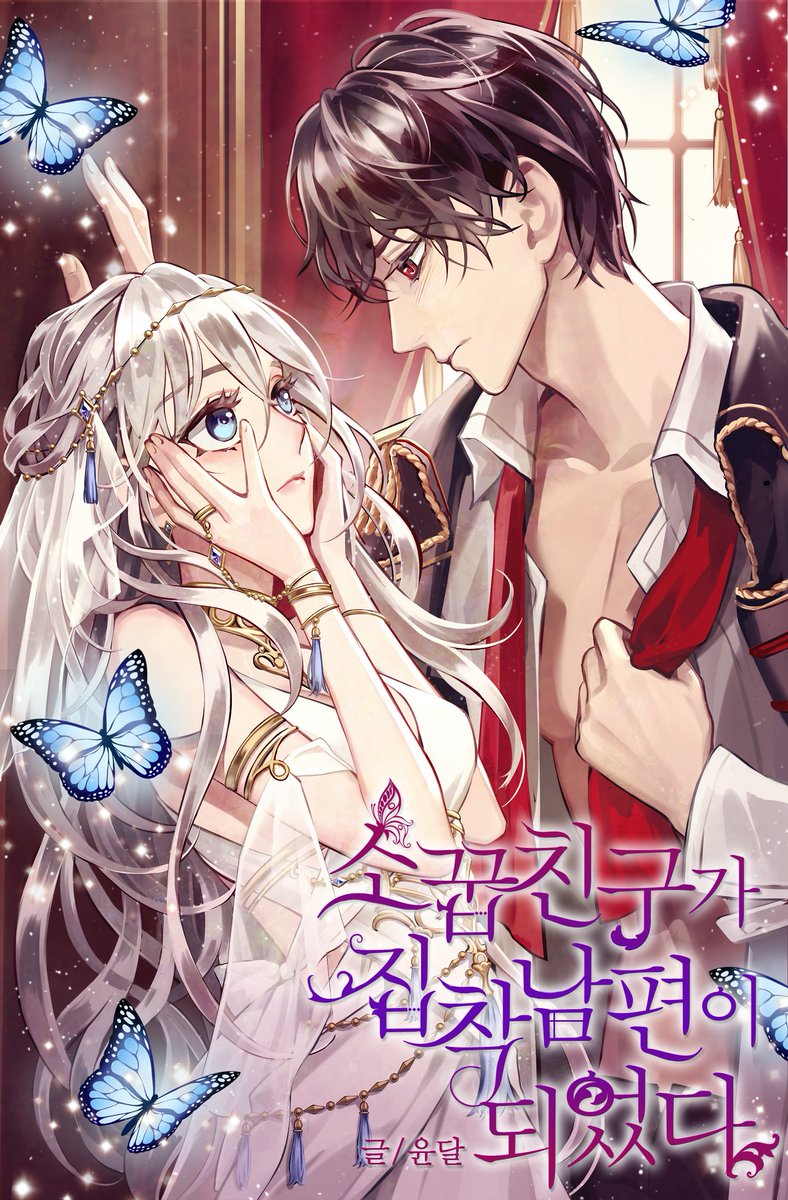 Isabelle is an orphan living in a temple with lots of knowledge about the love between men and women thanks to red covered novels that the saints had sneaked in.
But then, she found out that a priest secretly sold her to be a one-night stand for the duke who kills his lovers due to the shame of his inability to perform…
There’s only one way to get out of this, and it is to be a married woman.
At that moment, Isabelle recalled her childhood friend, Riggs, who said he wasn’t interested in dating.
“So, Riggs, marry me.”
“…What?”
“Nobles would refuse unless it’s a pure woman.”
“…Why do you hate the Duke of Cardiago so much?”
“Everything else is fine. Being a tyrant? If you’ve lived your life to the fullest, that could happen. But there can be no problems at night.”
Riggs was so frustrated that it seemed like he was going crazy.
A few days later, the reclusive Duke of Cardiago came to the temple.
Of course, the most surprising thing to Isabelle was the true identity of her childhood friend.
“Isabelle, you wanted to get married. You can’t say no because you proposed first. I’m the closest man to your ideal type anyway.”
“My ideal type?”
“Don’t I know your ideal type? You like guys who are tall, handsome, smell of soap at night, and sleep in simple clothes. Also, on the first night, the bed should break.”
“…..”
“That’s everything, and I can do it all for you. So marry me.”
She once knew everything about her childhood friend, but that changed the moment they got married.
“Riggs, slow down…”
“I think I’m slow enough.”
“You weren’t always this impatient.”
Isabelle said pleadingly, but Riggs replied with a smirk.
“I was a childhood friend then, but now I’m your husband.”