Surviving as an Illegitimate Princess Average 5 / 5 out of 2 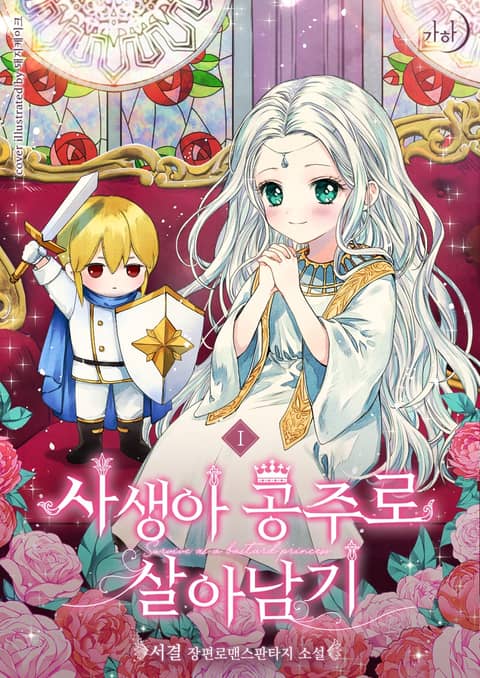 “Don’t look down on me just because I’m young! Even though I look like this, I’m on my 10th life!” I’m an illegitimate princess whose life was cut short after being mistaken as kin of an enemy country. Later, I discovered the identity of my biological father in my 9th tragic regression. It was Faeon, a war hero who defeated the demon king and the strongest holy knight in the continent. He had a forbidden relationship with the princess, had me, and then deserted me! In order to survive the harsh royal palace, I’ve decided to use and then abandon this impudent father. I will become the strongest as fast as I can and escape from this disgusting country! And so, while I was building my strength, I happened to meet the demon king’s son, Leo. He wasn’t arrogant like his father, but he was pitifully living in captivity. So, I took care of him in secret. “Asha, you cannot get engaged to anyone.” “…Huh? Why?” “Because I’ll take responsibility for you forever.” “What?!” “We spent the night together.” …What is this prince saying? A father and holy knight who had (?) a forbidden love. Along with an enemy prince who is trying (!) to have a forbidden love. With them, can the unfortunate princess change her fate?